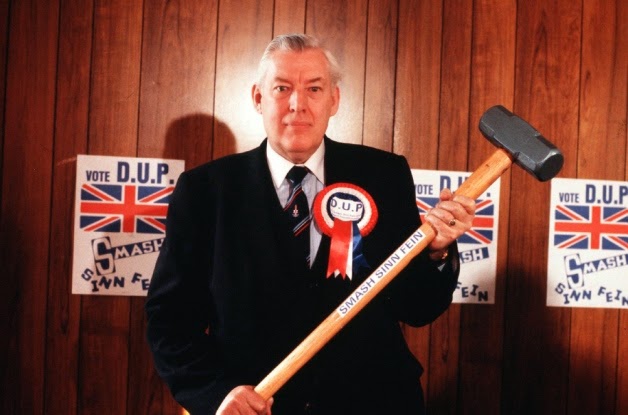 Ian Paisley died today. He was 88 years old. Like most people I have mixed feels about the big Reverend from Ballymena. Personally I have always struggled with the modern day narrative in which people who contributed so much to the suffering in the six counties are somehow portrayed as its saviors. At times it seems as though history has forgotten the many men and women who fought like tigers for peace and justice in Northern Ireland. The history of the troubles has an endless collection of characters with which to examine. Some are fascinating, others are bone chilling but Ian Paisley is a truly unique case.

He never took up the gun personally but his relationship with loyalist terrorists was often hazy. And he undeniably motivated them. His words often mirrored those of the worst king of sectarian propagandist, even the likes of Goebbels and I do not think that is an inappropriate comparison. He frequently preached throughout his career about how Romanism and Catholicism were the sources of all wrongs in society. When one blames a minority, for "breeding ignorance and poverty", and does so from a pulpit while wearing a collar and in a province where sectarian paramilitaries are running wild, you are going to get people killed. At least Gerry Adams took responsibility for his words.

This is not a loyalist stitch up because there were loyalist figures such as David Irvine and Gusty Spence who undoubtedly did actively work to moderate their movement. Paisley on the other hand was a rejectionist all his life right up until the age of 81 when in 2007 he led the DUP into government with Sinn Fein. One has to question the motives of a man who objected to power sharing with Catholics all his life, until the moment when it meant that he would become Prime Minister.

He marched against civil rights for Catholics in the 1960s and was one of the leaders of the loyalist strike that brought down the Sunningdale Agreement in 1974. That's right, he opposed power sharing with Catholics even when it was with the SDLP, a party more democratic than any other in the six counties. For these reasons, a large part of me sympathises with the following tweet.

The mobilizer of bigotry and backwardness is dead. No pious drivel from me. The dude helped fill both wings of the H-block.
— Brian John Spencer (@brianjohnspencr) September 12, 2014


Despite all of the above, I suppose we have to face the fact that many peace makers are former belligerents who see the light. In other words, they can't all be Ghandis. And for that reason he has to be praised for finally saying yes. As I didn't know the man personally I see no point in commenting on what a pleasant chap he could be or what a good family man he was. I will stick to the historical analysis. He was a fascinating political figure but I am convinced that he did more harm than good. Rest in peace big Ian. 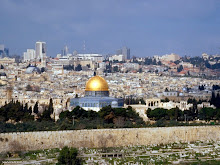